LADY NDN GOLF OFF TO A GREAT START 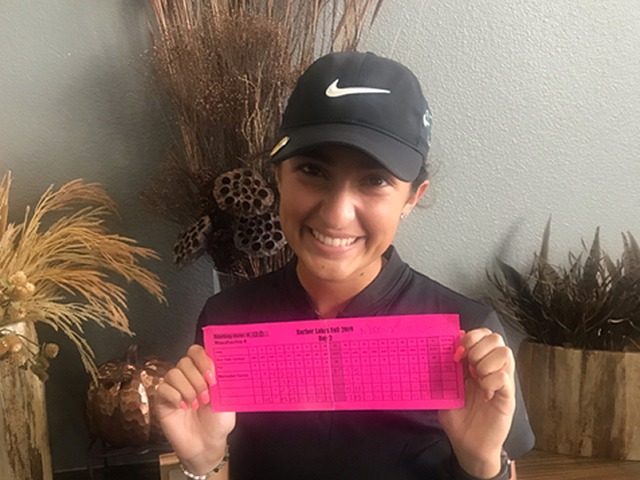 DAY 1
Lady Indians shot a season best today at Harbor Lakes in the Granbury Tournament with a team score of 349. They were 1-2 holes from having an exceptional day. Round two is in the morning at 8:00. Marisabel led with a great round of 82. Baylie and Kayli shot 88, Ana had 91, Vanessa shot 92, and Allison had a 94.

DAY 2
The Waxahachie Lady Indians improved from 349 to 346 on Day 2 at Harbor Lakes. The Lady Indians were led by Marisabel Garza as she shot a personal best of 78. She shot a sizzling 35 on the front with a birdie a a 60 yard eagle when she holed out from 60 yards. She finished the tournament in the Top Ten in scoring with an 82-78. Kaylie, Baylie, and Ana had good consistent scores of 88,89,, and 91. They will be in action next at the Waxahachie Pink Out Tournament at Thorntree on October 10. First JV Tournament coming up October 1 at Mansfield National.
BACK