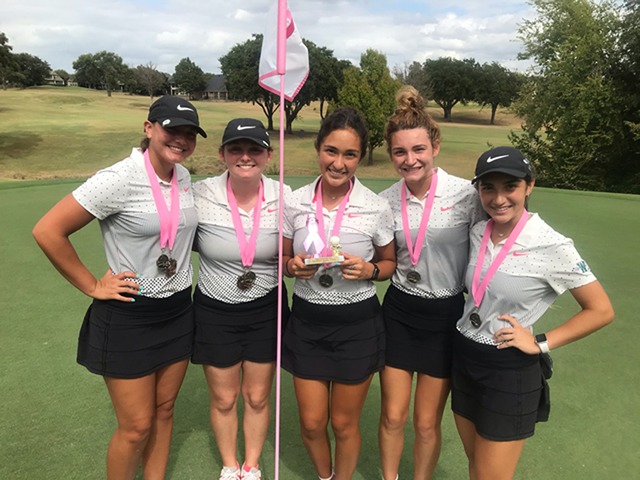 The Waxahachie Women’s Golf team won 1st Place at the Thorntree Pink Out Tournament today in Desoto. The team shot 355, followed by Lake Ridge with a 417, and Lorena with a 443. Ana Herrin led the way with an 85 and Kayli Nash shot 87. Both received medals as 3rd and 4th medalists. Right behind them was Baylie Paris with an 88. Marisabel Garza and Vanessa Garza shot 95 and 97.

Waxahachie 2 team shot 444 and was led by Allison Heflin with a 94. Azzy Lozano and Sydney Rodriguez shot 115 and Meredith Hallett shot 120.

The Lady Indians will be in action again on October 25 and 26 at Squaw Valley in Glen Rose.
BACK