SOCCER INDIANS GET BACK IN WIN COLUMN 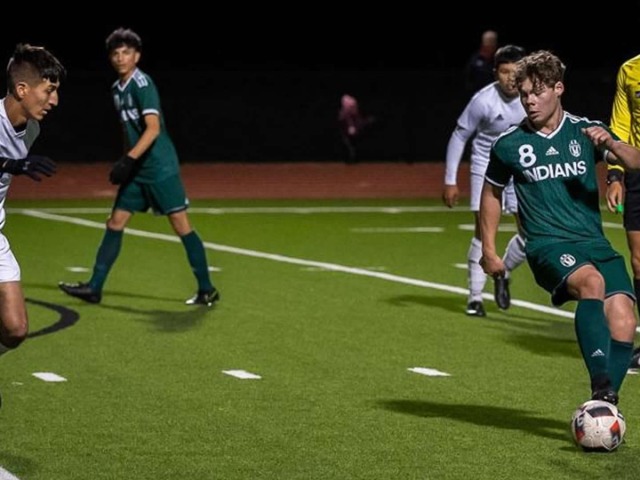 After a string of draws with a couple of losses mixed in, the Waxahachie boys’ soccer Indians finally took the full three points with a resilient 2-1 win against a pesky Cedar Hill side on Friday night, beating the Longhorns for the second time this season to start the second leg of the District 7-6A schedule.

The Indians (10-4-4, 2-2-4) missed opportunities one after another but finally strung a couple of goals together with the game winner coming with a couple of minutes left.

Austin Andrus and Emmanuel Nwokonko had the goals for the Indians, with assists by Jake Grimes and Luke Villarreal.

Because of how the standings are structured in 7-6A, the Indians have 10 points and remain in a seven-team battle for four playoff spots with six games left. Six of the teams are still within five points of each other. A win is worth three points and a tie is worth one point.

The Indians were scheduled to host Mansfield Lake Ridge on Tuesday night. On Friday they will host DeSoto.

The Mansfield Lake Ridge girls blitzed to a 4-0 lead and cruised to a win over the Lady Indians at Lumpkins Stadium, throwing a spanner into the 7-6A title race to begin the second half of the district slate.

WHS averted a whitewash with a pair of goals in the second half.

The Lady Indians (13-2-2, 7-2) entered Tuesday night’s game at Mansfield High needing a victory to keep things triangular in a bid for no worse than a district three-way championship. The Lady Indians had suffered a 3-2 home loss the first time around.