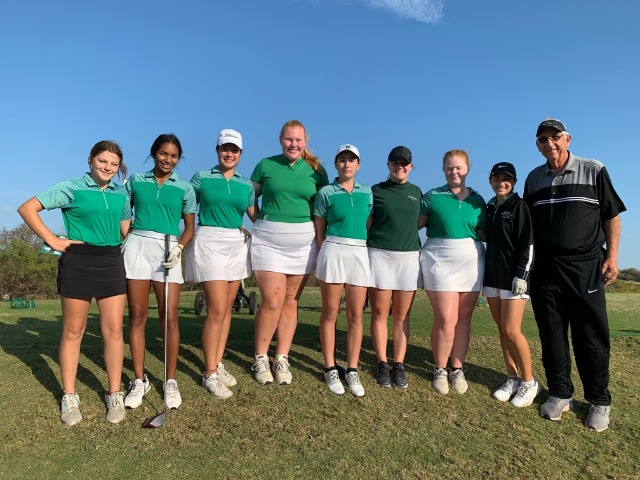 The Lady Indians shot 375 the first day at the Texas Two Step at Tangle Ridge. Vanessa Garza and Allison Heflin led the way with nice rounds of 87 and 88. Meredith Hallett came in with a 99. Ava Workman, playing as a medalist put in all together and shot a 94.

Day two saw the Lady Indians shoot a 383 at not a breezy but very WINDY conditions. Vanessa played well and shot 90. Azzy Lozano knocked 12 strokes off her first day after she had broken her driver, and shot a 94 with Mrs. Gaylor's driver. Allison shot 98 on Day 2. This was the last varsity tournament for the Fall Season