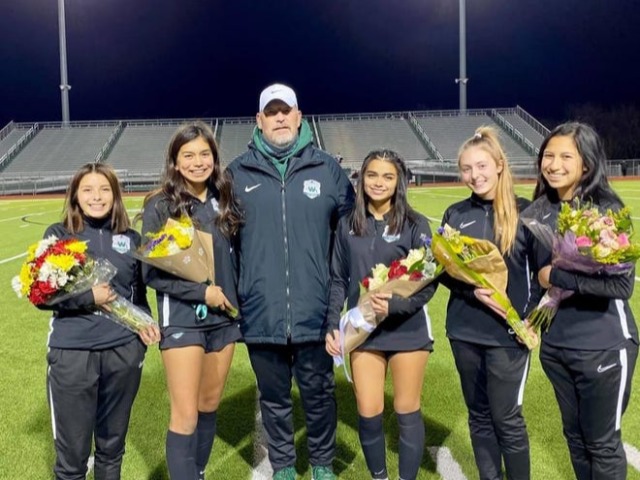 “The ladies played and came out focused on a great night for our seniors,” WHS head coach Jason Venable said. “Playing without several players the ‘next player up’ philosophy was in full effect.”

Curiel and junior Kaydence Ramirez each scored two goals for WHS, and Garfias added a goal and three assists. Kirby and Falcon also scored a goal each, and Ramirez, Emilee Jones and Victoria Monsivais each also recorded an assist.

The Lady Indians (8-0-1) also notched their seventh shutout of the season as Liv Epps kept yet another clean sheet.

Curiel’s goal off Garfias’ first assist of the night opened the scoring, then Garfias also assisted on the second goal by Ramirez and the Lady Indians were off and running.

The Lady Indians begin District 11-6A play on Tuesday against Waco Midway at Lumpkins Stadium. The varsity match kicks off at 7:30 p.m.

“This was a productive final non-district match prior to next week’s district opener vs. Waco Midway,” Venable said. “If healthy, this year can be an exciting and great team. We are looking forward to it.”
BACK