DOUBLE THE FUN: NO. 1 INDIANS GET 2 PLAYOFF W’S 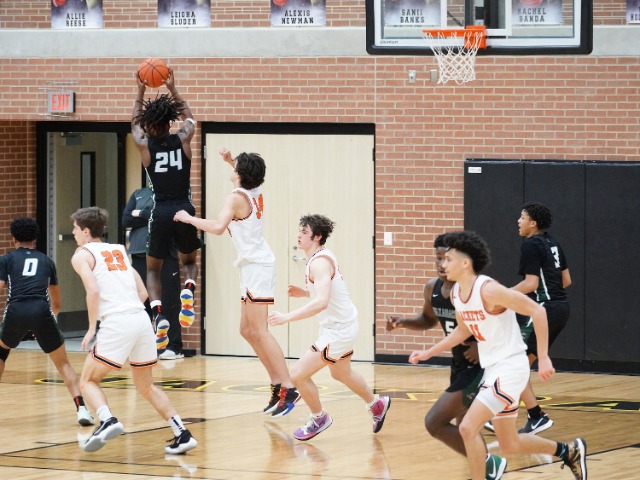 FORNEY — That’s two town, five to go for the Waxahachie Runnin’ Indians in their mission to win a Class 6A state championship.

Once the No. 1-ranked Indians were finally able to play following recent bouts with both COVID-19 and Cold-vid 21, it didn’t take long for them to advance to the region quarterfinals for the second year in a row.

In a span of about 48 hours, the Runnin’ Indians (18-2) put forth two signature efforts in the 6A Region II boys’ playoff bracket. On Tuesday night at Lorena High School, the well-rested Indians trounced Belton, 99-62; then on Thursday night, the scene shifted to Forney High School, where the Tribe knocked off Rockwall, 74-62.

The Indians will face No. 9 Killeen Ellison (27-1) early next week in the Region II quarterfinals. Ellison routed Garland Naaman Forest, 78-48, on Thursday and also beat Cedar Hill, 79-57, on Tuesday night. The Eagles were the only 12-6A team to beat an 11-6A team in the bi-district round.

WHS played both games without three-star Colorado State signee Jalen Lake, who WHS head coach Greg Gober said is injured and out indefinitely. Lake also missed a number of games in the early part of the season.

Jamal Wiley netted 19 to pace the team from the east side of Lake Ray Hubbard.

In Tuesday’s win against Belton, the Runnin’ Indians made 15 3-point baskets and got a total of 12 players into the scorebook. Banks led WHS with 21 points, while Noland scored 18, Young finished with 14 points, and Roberson made four 3-pointers for all 12 of his points.

Other scorers were Davis with nine, Matthew Green with six, Pigford with five, Jacob Watson and DarKaun King with four each, and Hodge, Kambren Drummer and Christian O’Donnell with two points each.

The Indians made five 3-pointers in both the second and fourth quarters as they outscored Belton in all four quarters. WHS led 19-13 at the end of the first period, but the offense got going in the second quarter and the Indians outscored the Tigers 28-18 to take a 16-point halftime lead. From there, the outcome was never in doubt.
BACK