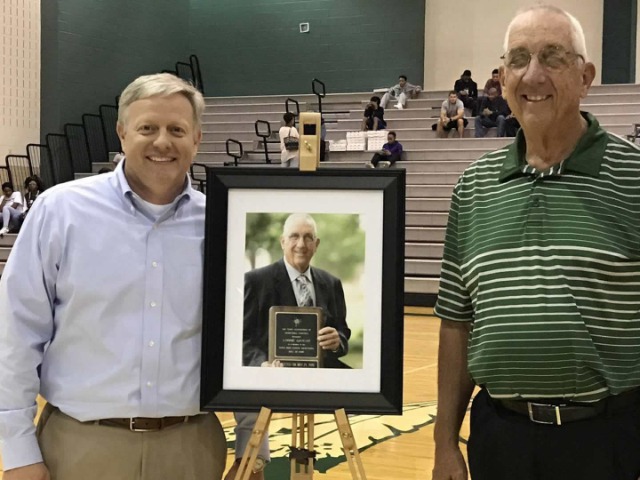 On Tuesday of last week, Gaylor learned that he has been named among the top 100 coaches of all time in Texas high school basketball.

In celebration of 100 years of UIL Texas high school basketball and football, the UIL is honoring icons and legends in each sport’s illustrious history.

?By the time Gaylor hung up his whistle in 2008, he had coached for 34 years and racked up 706 career victories with a .654 career winning percentage. Gaylor coached five years at Nacogdoches, four years at Marlin, and 16 years at Graham before coming to Waxahachie as head basketball coach.

Gaylor remains active in coaching, as he continues to coach the Lady Indians golf team. He is now in his 24th year at Waxahachie, and this is his 49th year in education.

At Waxahachie, Gaylor’s teams made the playoffs in eight of 11 years, including two trips to the regional tournament.

Gaylor was also inducted into the Texas Association of Basketball Coaches Hall of Fame in 2016. In 2017, the Texas Legislature honored Gaylor with a resolution congratulating him for his induction.

Gaylor graduated high school in Jacksonville, Texas. After high school, he obtained his A.A. from Jacksonville College in Jacksonville and his B.S. and M.Ed. from Stephen F. Austin State in Nacogdoches. Gaylor began his coaching career in 1972 at Nacogdoches High School as an assistant coach and was promoted to head coach two years later.
BACK