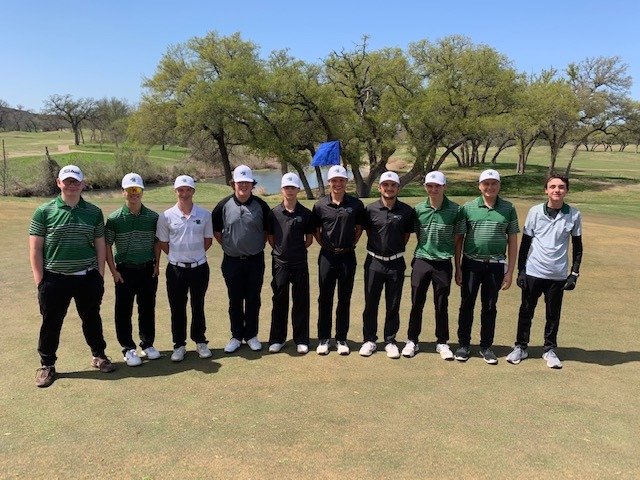 The boys competed with two teams at the 11 6A district golf tournament on March 30-31. The top five, consisting of Jud Willett, Joseph Celsur, Cameron Krawiec, Judd DeJong and Logan Smith, shot scores of 344-349 to place 6th in the team standings. The 2nd team finished 8th shooting 442-381. The players on that team are Harrison Kester, Jackson Krawiec, Collin Armstrong and Gavin Phillips.

Jud Willett earned first team all-district honors with rounds of 73-76. He will be advancing to the regional tournament to be played at Bear Ridge in Waco on April 19-20.

Congratulations to Jud for representing Waxahachie High School with an outstanding 2 days of golf, and we all wish him the best of luck at the regional tournament.

We will have two graduating seniors who will be missed as we move forward. The rest of the team consists only of freshmen and sophomores. We are very young, but we look forward to getting older, more experienced, and becoming better players so we can expect compete at the top of the district in years to come.