LADY INDIANS ADVANCE TO AREA ROUND 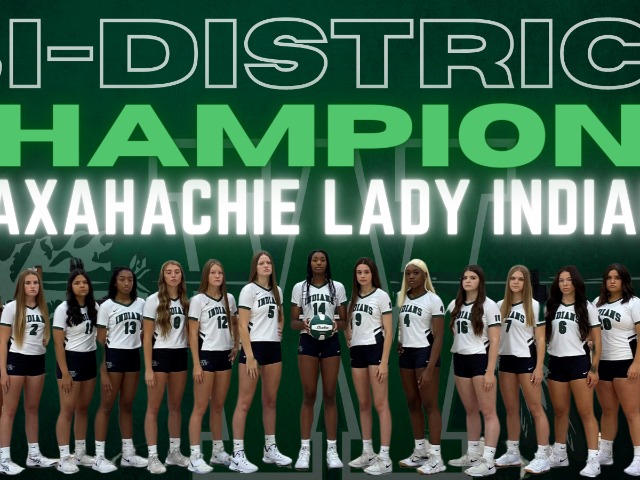 GLEN ROSE — The Waxahachie High School volleyball team slipped up in the third set, but finished strong for a 25-16, 25-14, 24-26, 25-8 victory over Belton on Tuesday in the bi-district round of the Class 6A Region II volleyball playoffs at Glen Rose Arena.

Mia Sanchez paced the Lady Indian attack with 13 kills, while Jh’Kyah Head and Amber Morgan each finished with 10 kills. Defensively, Rylee Robinson led the way with 21 digs, followed by Abby Fuller with 12 digs and Brooklyn Baskin with 11 digs.

After Belton rallied to stay alive in the third set, the Lady Indians removed all doubt to the outcome quickly as Head stepped up with a kill and a block to make it 9-2. Sanchez’s kill on match point set the Lady Indians onward in the playoffs.

WHS moves on to face 10-6A champion Rockwall (26-14), which swept Rowlett on Tuesday night. The match was scheduled for 6:30 p.m. on Friday at Mesquite Poteet High School. The winner will play either Waco Midway or Sachse early next week in the 6A Region II quarterfinals.
BACK